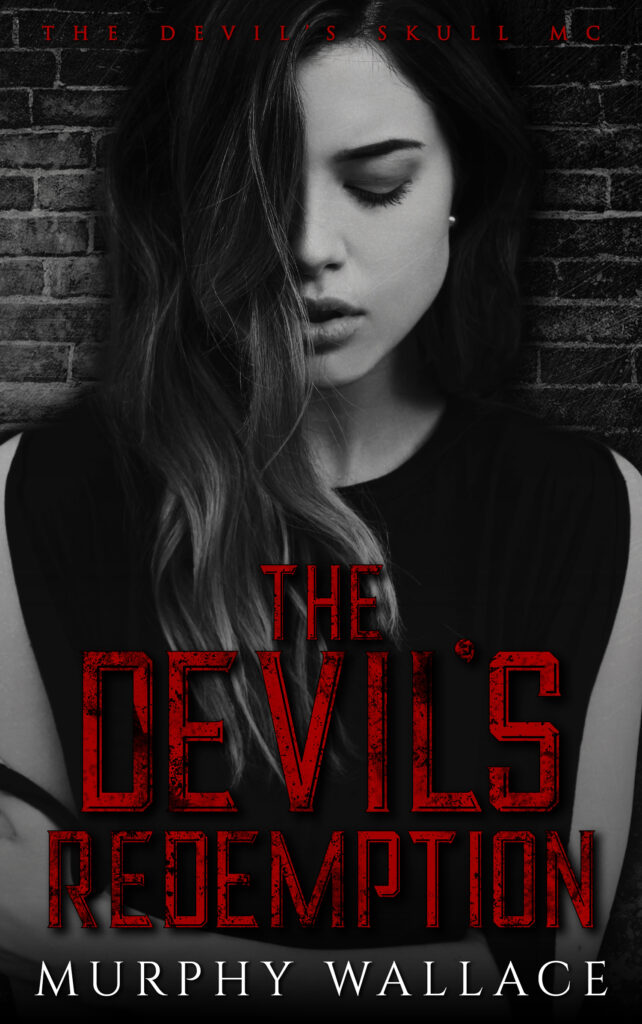 Part of the The Devil's Skull MC series:

Strong. Fierce. Unshakeable.
Three things I've always strived to be.
But life is unexpected. It's confusing. It's cruel.
All it takes is one blink, one blip in time, and your life is changed irrevocably.
I knew he would come for me. What I didn't anticipate was how much I would need him.
He locked me up and told me I was his forever.
Until I wasn't.
In the darkest moments since then, he was the light that kept me going.
The life I thought I didn't want, I now prayed that I'd return to.

Taking me was the easy part.
Breaking me tested my strength.
Surviving both could be my ruin.

The Devil’s Redemption is an extremely dark story with multiple triggers. There are scenes of explicit and extreme sexual abuse, physical violence, abduction, forced drug use, and torture. It does, however, end with an HEA.

If any of these triggers bother you, please do not read this book.

There was so much blood.

I can’t think about what happened. It’s too painful.

Reaching up to wipe the tears from my eyes, I feel something attached to my arm. I think it’s another tourniquet and needle, but when I focus on it, I realize it’s an IV. I can barely move my arms, and throbbing pain radiates from my nose as my fingers graze it before realizing it’s partly covered with a bandage. I cry out in pain, but my voice is strangled, and hardly any sound can be heard.

When I finally take in the space around me, the first thing I see are white walls and wooden cabinets above a countertop with a sink in it. There are several containers with different items in them, like Q-tips and cotton balls. It reminds me of Hawk’s infirmary back at the clubhouse. But that can’t be right, can it?

My eyes drop down to my bed, and I catch sight of a pair of shit-kicking boots at the end of it. I turn my head to the right slowly, gasping as I move my neck. I’m terrified I’m going to see one of those goons or another member of Death’s Road in the room with me. But when I lock eyes on the man sleeping in the chair next to my bed, I almost don’t believe it.

This has to be a dream. I’ve dreamt of him so often the past few… Days? Weeks? Months? I have no idea how long I’ve been here… There… Where am I?

But I wouldn’t be hooked up to monitors and an IV if I was still under their control… Right?

I look at him more carefully. The room is mostly dark with the overhead lights off. But there is enough light for me to see the slow rise and fall of his chest underneath his strong arms, folded over him.

It feels like razorblades have been dragged across my esophagus, severing my vocal cords along the way. These few movements, though small, have sucked up the majority of my energy. Closing my eyes once more, I slip back out of consciousness again.

Do you like free books and you cannot lie? What ab

Do you like free books? The chance to win book mon

The final book in the 𝑆𝑜𝑙𝑑𝑎𝑡𝑖